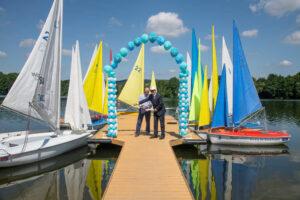 Mr Richard Oldfield OBE DL, Vice-Lord-Lieutenant of Kent,  represented the Lord-Lieutenant  at the official launch of Wealden Sailability’s new pontoon and the celebration of the organisation’s 10th anniversary. Deputy Lieutenants Miss Joanne Holmes DL and The Lord Sackville DL were also in attendance at the event being held at Chipstead Sailing Club, Sevenoaks. 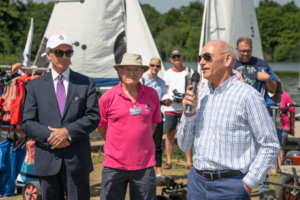 Wealden Sailability, run entirely by volunteers, is an organisation offering sailing opportunities and instruction to people with disabilities. Their philosophy is to encourage sailors to develop their sailing skills so that they may aim towards achieving personal goals, which may be simply to enjoy the freedom of being on the water, or to progress to taking full control and sailing solo, or even to learning to race. 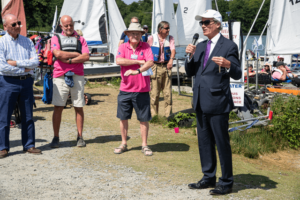