Kent’s finest have been honoured by The Queen with the presentation of their British Empire Medals (BEM). The 11 recipients, named in the Queen’s New Year’s Honours List, were chosen for their outstanding and dedicated community work and public service. The Lord-Lieutenant, Viscount De L’Isle MBE, held an Investiture at Penshurst Place to present the 11 Medallists with their award.  The citations were read by Mrs Valerie Hale, a Deputy Lieutenant and two of the Lord-Lieutenant’s Cadets, Junior Under Officer Ayomide Adelusola from The Duke of York’s Royal Military School and Cadet CSM Suzanne Goodsell from Tenterden Army Cadets (B Company) also assisted the Lord-Lieutenant during the Ceremony. 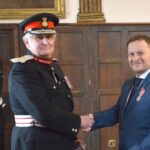 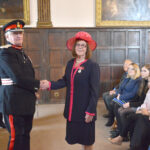 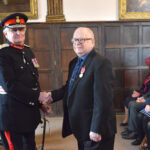 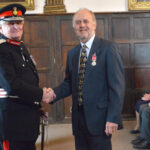 Mr Michael Andreas developed the Pipeline Youth Initiative which tackles local issues such as unemployment, deprivation and homelessness in Thanet.  He set up the Global Generation Church in 2002 to encourage social empowerment and community. He also created a unique clothes bank called Dignity.

Mrs Linda Collins has been instrumental in the ongoing success and sustainability of Badlesmere and Leaveland Churches and has been the Treasurer for over 22 years.  She has also been a volunteer with Age UK for over 10 years.

Mr James Davies has devoted his life to mining and the protection of the mining coalfields  He played an instrumental part in the setting up of two projects – Coalfield Heritage in Kent and the Kent Mining Museum to ensure the safeguarding of Kent’s Mining Heritage.  He also founded a Welfare Society that has helped support hundreds mining families.

Mr David Hayward, a retired Headteacher, is a very active member of his locally community and has been Chairman of the Canterbury and District Neighbourhood Watch for over 10 years.  He has been involved in various initiatives to help ensure students in Canterbury are safe and also encourage local schools to visit the local Lifeboat Station to educate them on sea safety.  He was instrumental in setting up Coastal Eye which is a scheme that helps prevent incidents of anti-social behaviour in the East Kent area. 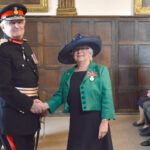 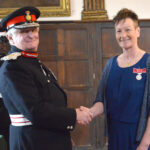 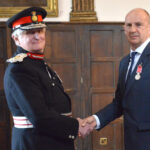 Mr Carey Marsh has been the Commodore of the Rye Harbour Sailing Club for over 13 years.  Under his Presidency, he implemented Project Kindersall which encourages young people to become involved in sailing.   It has been extremely successful and the Club now works with Sport England to make sailing available to a wider sector of the community.

Mrs Joan Pantony has been the Leader of the 5th Sittingbourne Scout Group for over 50 years.  She has mentored leaders and has inspired young people in her care to go on to become volunteers. She is a positive role model for many children and adults.

Mrs Johanna Rohan is the Chair of Canterbury Sea Cadets and has volunteered with them for over 16 years.  She led the fundraising campaign to raise £400,000 for new facilities with the new building being opened in 2014.  She continues to encourage teams of volunteers to keep the building and site in good order.  The children that use the facilities are from a broad cross section of the community and everyone is made to feel welcome.

Mr Keith Rumens has been recognised for his services to Customs and Border Security, with his job as a Border Force Officer.  He is an outstanding member of the team and has mentored over 100 officers with practical training  He also helps fundraise for Action Medical Research for Children and raised over £2000 by cycling from Lands End to John O’Groats. 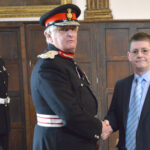 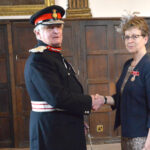 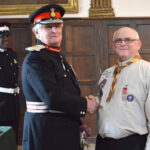 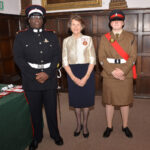 Mr Alan Smith has been a volunteer for the British Transport Police Special Constabulary for over 7 years helping people to feel safe when using the railways in London and the South East.   He has been a Special Sergeant since 2014 and is an inspirational leader – a selfless volunteer dedicated to this vital role.

Judith Tracey has been recognised for her outstanding service with the Department for Transport for over 28 years.  She has an extremely demanding role and is very much the public face of traffic management policy.  She goes above and beyond what would be expected of someone in this role.

Mr Julian West has been recognised for his dedication to the community in the village of Woodchurch.  He has led the Woodchurch Scout Group for many years and has worked relentlessly to secure a new purpose-built building with outside facilities for the scouts.  The Scout group regularly travel abroad for activities and scouting events and he always ensures costs are kept to a minimum to ensure the group is as inclusive as possible.  He is also the Captain of the Bell Ringers and is Chairman of the Parish Council.