The Princess Royal, Patron of the English Rural Housing Association,  started her visit to Kent at  Goldfield Rural Housing, Warehorne, near Ashford where she was greeted by Vice-Lord-Lieutenant Mr Richard Oldfield, to officially open the recently completed small development of four new homes at ‘Goldfield’  which provides two houses and two flats that will benefit local people in Kent.

HRH being greeted by the new residents at Goldfield. 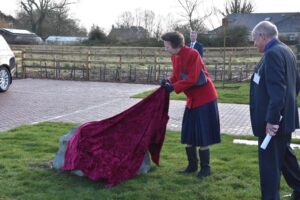 The Princess Royal unveiling the plaque. 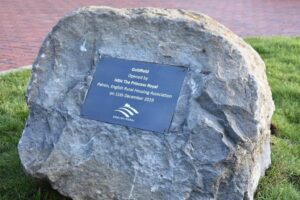 The plaque unveiled by HRH.

She met with staff and residents and unveiled a plaque to celebrate the opening, taking time to look around the new affordable housing which was created in partnership with the local community. Moving on to the village hall the Princess Royal met English Rural Housing staff,  builders, architects, funders and parish councillors.

HRH continued on to Maidstone Hospital where she was greeted by Mr Bill Cockcroft DL representing the Lord-Lieutenant.
After passing through the Oncology Centre and taking time to find out about  the MTW Charity – the dedicated charity for Maidstone and Tunbridge Wells NHS Trust – the Princess Royal  opened the new Maidstone Hospital  helipad, unveiling a commemorative plaque. HRH also buried a time capsule containing documents, photographs and plans showing Maidstone Hospital in 2019. The Princess Royal then presented the Air Ambulance Trust with an award to mark their 30th anniversary. 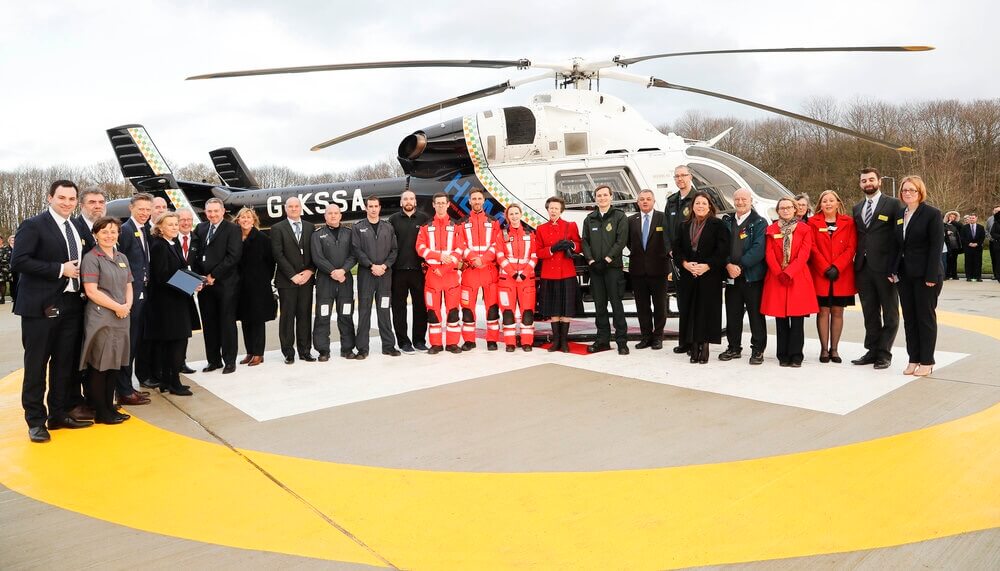 Princess Anne received a warm welcome as she toured Medway Maritime Hospital, where she was met by the Vice-Lord-Lieutenant Richard Oldfield and the Mayor of Medway, Councillor Habib Tejan.

The trust’s Chief Executive James Devine said: “We were delighted and proud to welcome The Princess Royal to our hospital.
“It has been a fantastic 12 months for the Trust. Phase one of the development of our new £11.5million Emergency Department development was completed last year, phase two is due to be completed shortly, and phase three will begin in April 2020. In March this year, our midwives won the coveted Midwifery Services of the Year at the Royal College of Midwives Awards. We have a lot to be proud of! ”
Two plaques were unveiled to commemorate The Princess Royal’s visit. 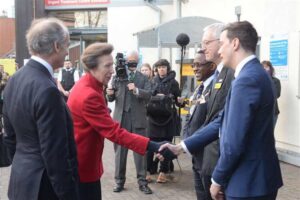 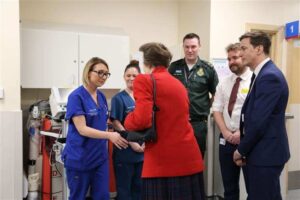 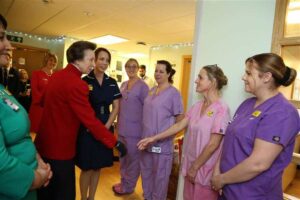