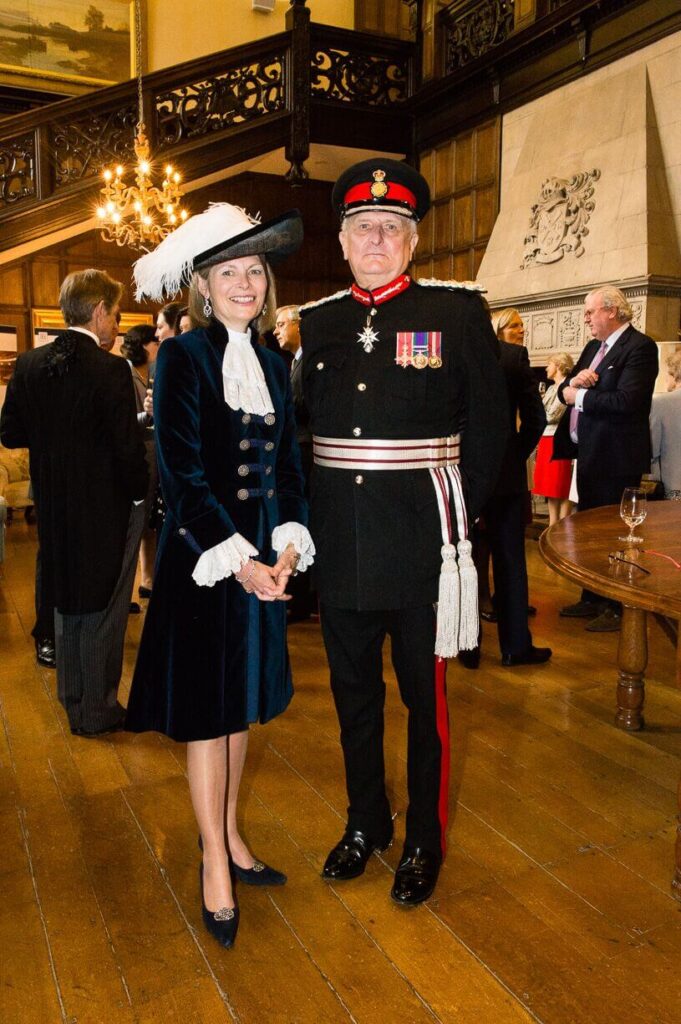 The new High Sheriff of Kent, Mrs Jane Ashton, pictured with the Lord-Lieutenant of Kent, The Viscount De L’Isle MBE.

Mrs Jane Ashton was installed as the new High Sheriff of Kent at St George’s Church, Benenden, on Sunday 8th April 2018. The service was preceded by  a luncheon at Benenden School, and followed by tea there by kind permission of the Headmistress, Mrs Samantha Price.

The Office of High Sheriff is an independent non-political Royal appointment for a single year. The origins of the Office date back to Saxon times, when the ‘Shire Reeve’ was responsible to the king for the maintenance of law and order within the shire, or county, and for the collection and return of taxes due to the Crown. Today, there are 55 High Sheriffs serving the counties of England and Wales each year.

Whilst the duties of the role have evolved over time, supporting the Crown and the judiciary remain central elements of the role today. In addition, High Sheriffs actively lend support and encouragement to crime prevention agencies, the emergency services and to the voluntary sector. In recent years High Sheriffs in many parts of England and Wales have been particularly active in encouraging crime reduction initiatives, especially amongst young people. Many High Sheriffs also assist Community Foundations and local charities working with vulnerable and other people both in endorsing and helping to raise the profile of their valuable work. The High Sheriff Association adopted DebtCred and Crimebeat in recent years in response to specific areas of need.