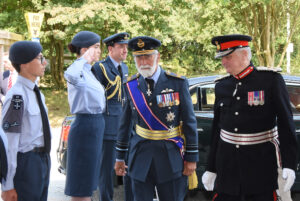 Even in the presence of royalty, the Few inevitably steal the show – and it was Wing Commander Paul Farnes DFM who did just that at July’s Memorial Day commemorations at the Battle of Britain Memorial at Capel-le-Ferne, near Folkestone. 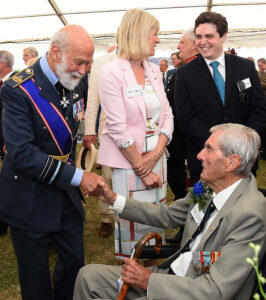 Wing Commander Farnes, two weeks short of his 100th birthday, took centre stage at a moving event that included a display by a Spitfire from the Battle of Britain Memorial Flight and music from the RAF Central Band. 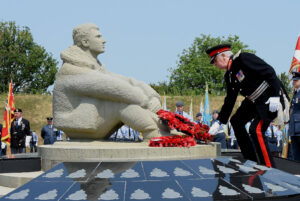 The Lord-Lieutenant laying a wreath at the Memorial. (c) Barry Duffield DL

The event was held in the presence of the Trust’s Patron, HRH Prince Michael of Kent GCVO, who was welcomed by the Lord- Lieutenant of Kent, The Viscount De L’Isle MBE. 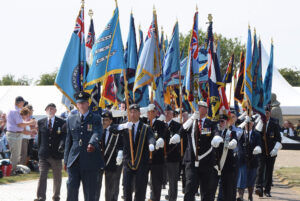