Eight new Deputy Lieutenants of Kent have been appointed today, each of them honoured for their positive contributions to the County and the Nation. 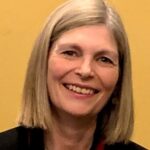 Jane Ashton has lived in Kent since 1988. Following an MA in Philosophy, Ethics and Religion she taught Religious Studies for 18 years alongside working as Lay Chaplain at Benenden School. She has been a prep school governor and was High Sheriff of Kent 2018-2019.Currently Jane is a Trustee of Huggens College, an almshouse in Greenhithe, Kent and Trustee of Together Kent, which among other projects is involved in the rehousing of ex-offenders on release. She is also co-chair of Communities and Partnerships, part of Canterbury Diocese seeking to reach out to communities in need. She is Patron of DAVSS, a West Kent charity supporting men and women experiencing domestic abuse, and SCA (Safer Communities Alliance), and a Kent Ambassador. 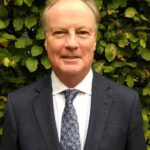 Tim Bull is Chairman of Kent Community Foundation. Educated at Norton Knatchbull School and Oxford University, he was recruited by the Saga Group in Folkestone in 1981. In 1985 he launched Saga in Australia, and after returning to the UK in 1987 became strategic development director. Saga grew into the UK’s leading brand for older people, and one of Kent’s biggest employers. In 2008, with his wife, he founded The Brook Trust, which supports domestic and sexual abuse victims, disadvantaged families and children, and other causes including smaller charities in Kent. He also invests in impactful start-up companies and social enterprises. 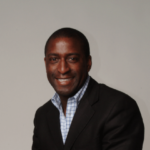 Having been adopted as a two month old baby by a family of antique dealers in Brighton, Lennox Cato embarked on his own career in the business after leaving school in 1978. In 1997 he and his family moved to Edenbridge in Kent and in 2014 became a furniture specialist on the BBC’s Antiques Roadshow. Lennox became heavily involved in the local community becoming a Town Councillor, chairman of the local Sports Association as well as setting up Edenbridge Cares, a networking platform for local charities, churches, schools and Town Councillors. 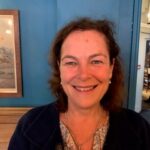 Kate Fenwick has lived in Kent since 1995. On leaving Durham University, Kate founded Theobald Barber Limited, a travel business specialising in bespoke safari holidays to Africa. She is currently Chair of the Development Committee and Trustee of Rochester Cathedral and was previously involved in fundraising for Canterbury Cathedral. Kate is a Trustee of Huggens College that provide Almshouse accommodation in Northfleet and a committee member of Kent Minds, raising funds for mental health in the county. She sits on the PCC of St James Egerton and is a School Governor of Wellesley House School, Broadstairs and St Johns School, Northwood. 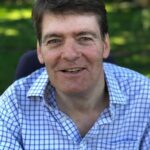 Nicholas (Nick) Hely-Hutchinson studied at the University of St. Andrews, from where he graduated in 1982 with an M.A.(Hons) in History of Art. He has spent his entire career in the City of London, beginning at stockbrokers Vivian Gray, then as a private client and charity fund manager at Mercury Asset Management. He has held various Directorships, and since 2005 has been self-employed in the same sector. Outside work, Nick was a Trustee of Rochester Cathedral (2008-2013). He used to be an active sportsman until a diagnosis of Multiple Sclerosis caused him to give up these activities, but he keeps an interest in all sports. Together with his wife, they formulated a strategy to create the largest appeal for MS research. His wife is currently Deputy Chairman of the STOP MS Appeal board. The appeal has so far raised >£50m in its first five years. Nick’s great love is classical music about which he writes a blog as well as hosting a weekly radio programme on the subject on a local radio station. 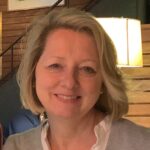 Angela Newey has lived in Sevenoaks for over 30 years. After reading history at University, she qualified as a Chartered Accountant at Coopers and Lybrand. She joined the Citizens Advice service as a volunteer adviser for Sevenoaks CAB. She subsequently became Manager of Tonbridge and Malling, Sevenoaks and Swanley and Gravesham CABx and since 2015, Angela has been CEO of Citizens Advice in North and West Kent which encompasses the three charities a well as Dartford CAB. She joined Sevenoaks Historical Society and was Treasurer for about 16 years from 1996 and is now Vice-President. 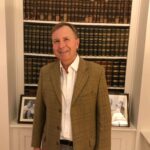 Lord Northbourne was born in London. He studied at Oxford University (MA Natural Sciences), and then Brunel University (MBA). After his marriage to Katy in 1987 he lived in Kent where he has been running the family farming businesses. Outside his farming career, he has been closely involved with the Order of Malta and travels regularly to Lourdes with his wife to care for sick and disabled pilgrims. He has also served as a director of the Canterbury Festival and a member of the Kent committee of the Country Landowners Association. He is currently the finance governor for the Sandwich Technology School. 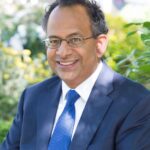 Professor Rama Thirunamachandran has been the Vice-Chancellor and Principal of Canterbury Christ Church University. since 2013 and has led the institution forward in a number of areas including the establishment of the School of Engineering, Technology and Design and the joint Kent and Medway Medical School. He is a Non-Executive Director of the Medway NHS Foundation Trust and a Kent Ambassador. Rama was Chair of the Higher Education Academy between 2015 and 2018 and was also a UCAS Board member between 2010 and 2013. He has been a member of the Universities UK Board since 2017 and is Chair of MillionPlus, the Association for Modern Universities. Educated at the University of Cambridge, Rama has held posts at King’s College London, University of Bristol, Royal Holloway and Keele University as well as Director at the Higher Education Funding Council for England.

Her Majesty’s Lord-Lieutenant of Kent, The Lady Colgrain said: “I am thrilled to be able to welcome these outstanding new Deputy Lieutenants, whose wide breadth of experience will further enhance an already strong team of Deputies who support the Lord-Lieutenant and act as the eyes and ears for the Lieutenancy throughout our wonderfully diverse county.”